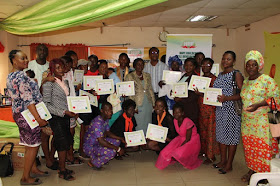 Hope Builders Foundation, a non-governmental organization (NGO) that focuses on the training of women and youth in different vocations has trained more than 2000 women and youth since it was founded in 2008. HBF, on Saturday 15th July, 2017 distributed Business Kits, Startup capital and certificates to successful participants who have undergone different Trainings with them. The beneficiaries who were chosen from a pool of participants are the outstanding Trainees who are now functioning in their chosen Vocations. 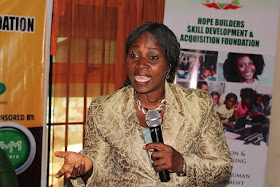 The event which was sponsored by MMM Nigeria had Professor Martins Anatekhai, Director of Entrepreneurial Studies, Lagos State University, LASU, as the Keynote speaker. He was represented by Dr. Saka Rahman. In his address, the speaker lauded HBF for positively imparting the lives of Women and Young ones. He noted that the present economy of Nigeria needs one to be skilled so as to meet personal needs. He pleaded with the beneficiaries to make judicious use of the Tools and capital given to them. The speaker who was impressed with what he saw, promised to initiate a collaboration between the Institution and HBF.
Also speaking at the event, the Executive Director of Hope Builders Foundation, Mrs. Folayemisi Adu thanked the sponsors, MMM Nigeria for coming to the aid of the organization. “Having trained many participants, it had been the organization’s desire to equip them with Tools of trade and startup capital so they can immediately get to work, but this had not been easy for them because of lack of sponsorship,” she noted. She was glad that MMM Nigeria came as an oasis in the desert for HBF. Mrs. Adu noted that the beneficiaries were chosen from participants who have not only completed their trainings, but are doing well in their chosen vocations. She also noted that the participants were made to go through Micro Enterprise Fundamentals (MEF) Training, to equip them on the act of business itself. The training teaches what to do and what not to do in business.
In her speech, Ms. Amaka Benson, the Coordinator of Charity Events with MMM Nigeria thanked the organizers for meeting the needs of people which is in line with what MMM Nigeria stands for. She noted that the economy of Nigeria is unfriendly and so people need to be assisted, which is what MMM Nigeria is doing. She charged the beneficiaries to be good ambassadors of HBF and to impart positively in the lives of others from the little they have received. She noted and admired the doggedness of the Executive Director of HBF, Mrs. Folayemisi Adu, who was relentless in telling MMM Nigeria that there are people whose needs must be met in HBF.
Business Kits distributed include Sewing machines, whipping machine, Mixing machines, Barbering Tools, Hair Dryers, cameras and Certificates.
Speaking with Alimoshos Standard, one of the beneficiaries who was given a Sewing machine, Michael Fatomilola thanked HBF and MMM Nigeria for making his dreams come true. Mr. Fatomilola who is already an expert Fashion designer thanked HBF for the opportunity given to him to pursue his dream and MMM Nigeria for sponsoring the event.
The event was attended by dignitaries from all walks of life. 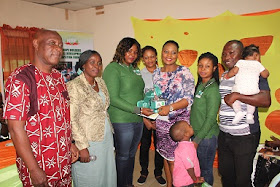 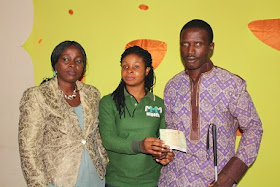 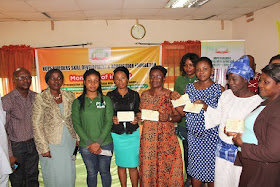 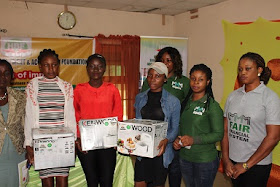 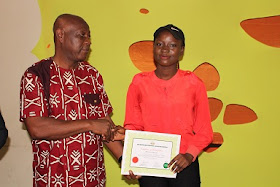 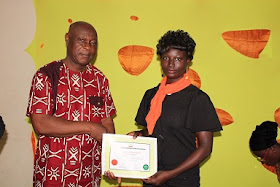 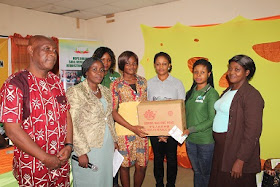 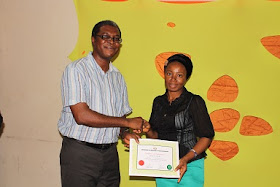 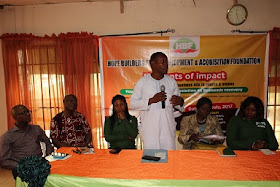 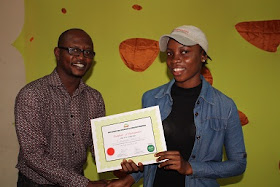 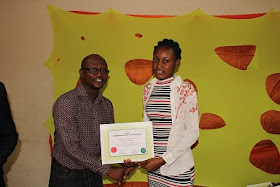 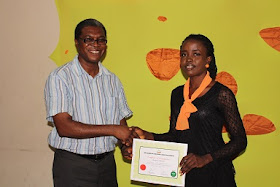 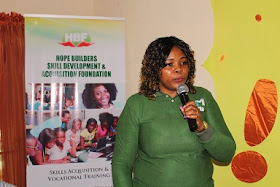 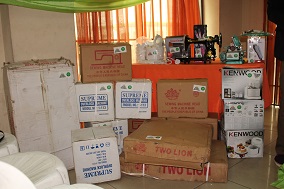